A radiographic evaluation of impacted third molar teeth of patients in the South-east of Turkey: a retrospective study

Aim: The aim of this study was to retrospectively evaluate the radiographs of the region of the third molar teeth in adults who presented with various complaints. The impaction status of these teeth was examined according to the positions shown, gender and the jaw.

Methodology: A retrospective evaluation was made of the panoramic radiographs of a total of 664 patients, comprising 341 males and 323 females with a mean age of 23.96 years (range, 17-35 years). The impaction status and position were examined in a total of 1331 third molar teeth; 456 maxillary and 875 mandibular.

In the examination of the impaction status of the third molar teeth, there was seen to be more impaction of teeth in the mandible than in the maxilla. The most frequent impaction position of maxillary third molar teeth was vertical (70.61%) followed by mesioangular (15.57%), and in mandibular teeth, the most frequent impaction position was vertical (62.28%) followed by mesioangular (26.74%).

Conclusions: In conclusion, it can be said that when third molar teeth are impacted which may cause pathologies, the negative effects of these must be taken into consideration.

How to cite this article: Çolak M. A Radiographic Evaluation of Impacted Third Molar Teeth of Patients in the South-east of Turkey: A retrospective study. Int Dent Res 2019;9(3):127-32. 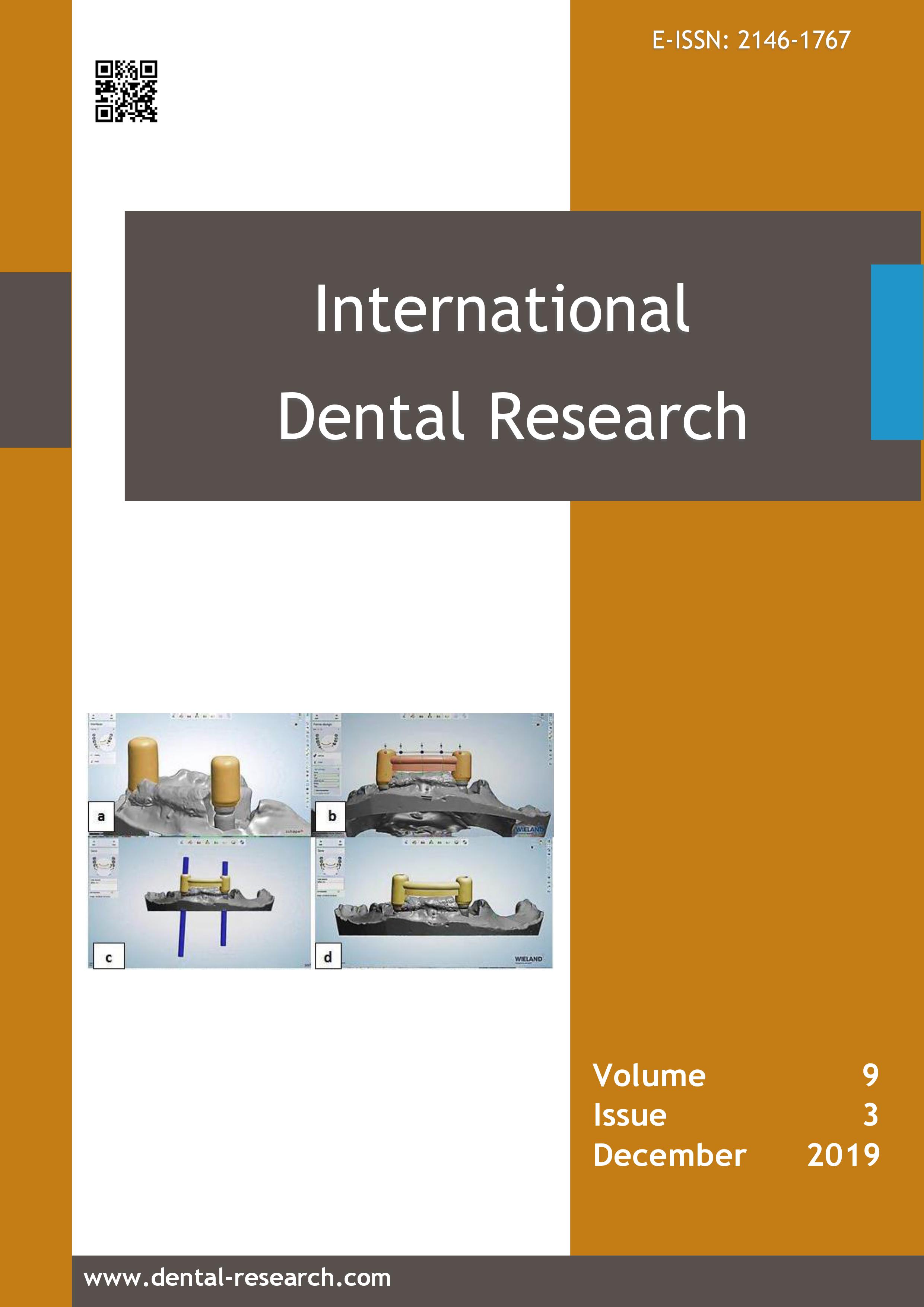