The effects of current production techniques on the surface roughness, oxide layer thickness and porcelain bond strength of cobalt-chromium and titanium substructures

Methodology: A total of 180 disc-shaped metal samples with a diameter of 1 cm and a thickness of 3 mm were produced. The samples were divided into six groups (n=15) according to the technique used to produce the metal substructures—casting, milling, and SLS—and the chemical composition of the metal substructure—Co-Cr and Ti. Then roughness averages (Ra) of the sample surfaced were calculated with a contact-type profilometer. Nondestructive energy-dispersive X-ray was performed to ensure that the layer displayed in contrast was the oxide layer, and the average oxide layer thickness was calculated from scanning electron microscope images. Metal-porcelain complexes were subjected to shear bond strength test and failure types were noted. Two-way multivariate analysis of variance (MANOVA) was used to compare oxide layer thickness, surface roughness, and shear bond strength according to the metal and production technique, and Tukey’s honestly significant difference (HSD) test was used for multiple comparisons of the main effects.

How to cite this article: Ünalan Değirmenci B, Ersoy NM. The effects of current production techniques on the surface roughness, oxide layer thickness and porcelain bond strength of cobalt-chromium and titanium substructures. Int Dent Res 2021;11(3):129-39. https://doi.org/10.5577/intdentres.2021.vol11.no3.1 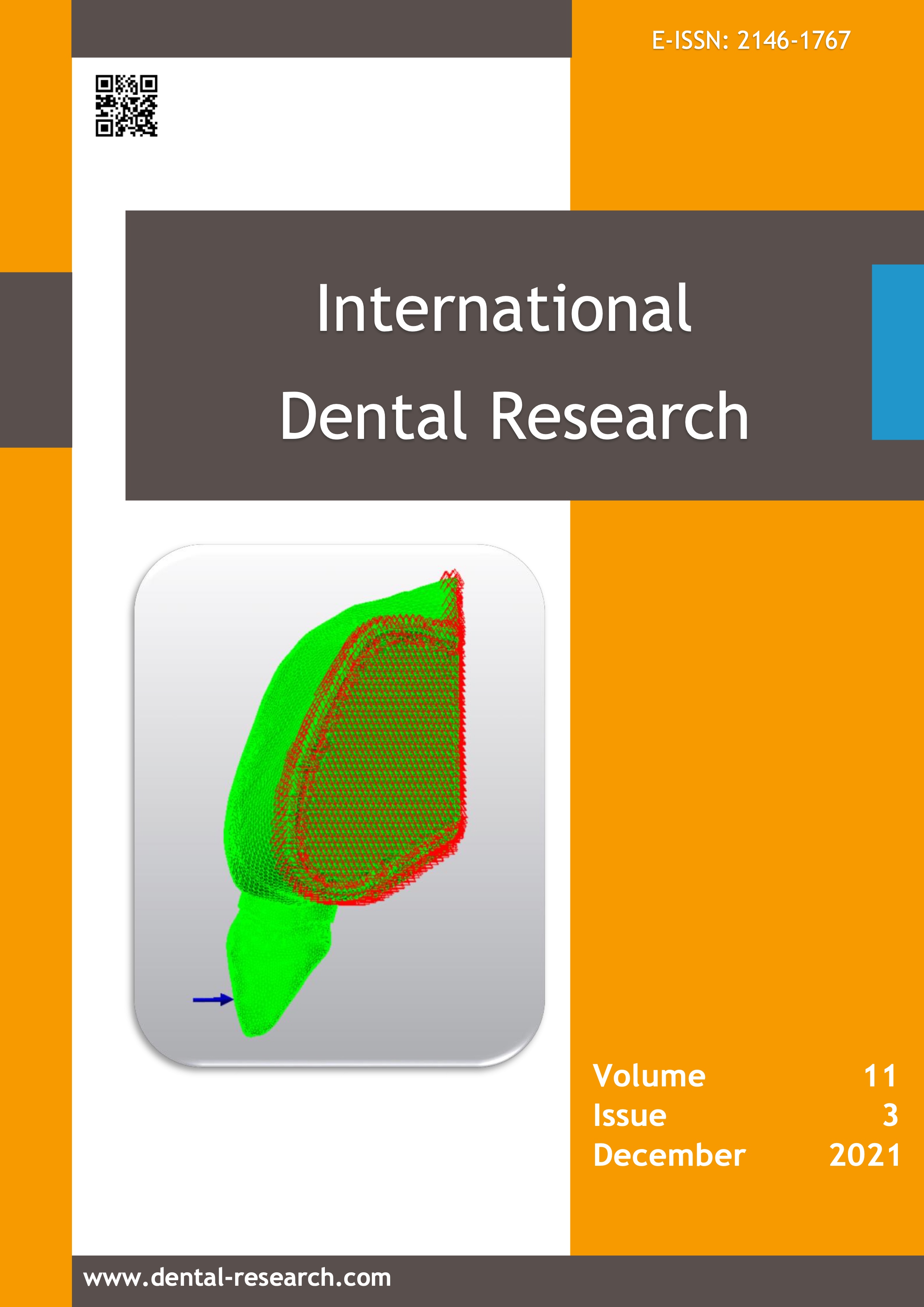