Methodology: Micro-CT datasets of 269 specimens were evaluated for the detection of specimens with Vertucci type I root canal configuration for further analysis. Major and minor diameter, area, perimeter and roundness of root canal cross-sections at the beginning and midline of each root thirds were measured and recorded. The presence of apical delta, accessory canals, and deviation of major apical foramen from anatomical apex were investigated. Data was analyzed using descriptive analysis, ANOVA-Tukey and Kruskal-Wallis H-Wilcoxon signed-rank tests.

Results: Vertucci type I canal configuration was present in the 4.46% of the specimens. The specimens often showed accessory root canals (50%) and apical deltas (41,6%). From the visual analysis of the 3D and 2D images, significant differences were detected among coronal, middle and apical thirds of the specimens regarding major and minor diameter, area, perimeter and roundness (P < 0.05).

Conclusion: Three- and two-dimensional analyses of mesial roots with Vertucci type I canal configuration indicated that this type of configuration presents large buccolingual diameters with long oval shape and has isthmus at coronal and middle thirds. At the apical third the root canals often terminate in an oval cross sectional shape.

How to cite this article: Keles A, Keskin C. Quantitative analysis of the anatomy of mesial roots of mandibular first molars with Vertucci type I root canal configuration by means of micro-computed tomography. Int Dent Res 2020;10(1):17-21. https://doi.org/10.5577/intdentres.2020.vol10.no1.4 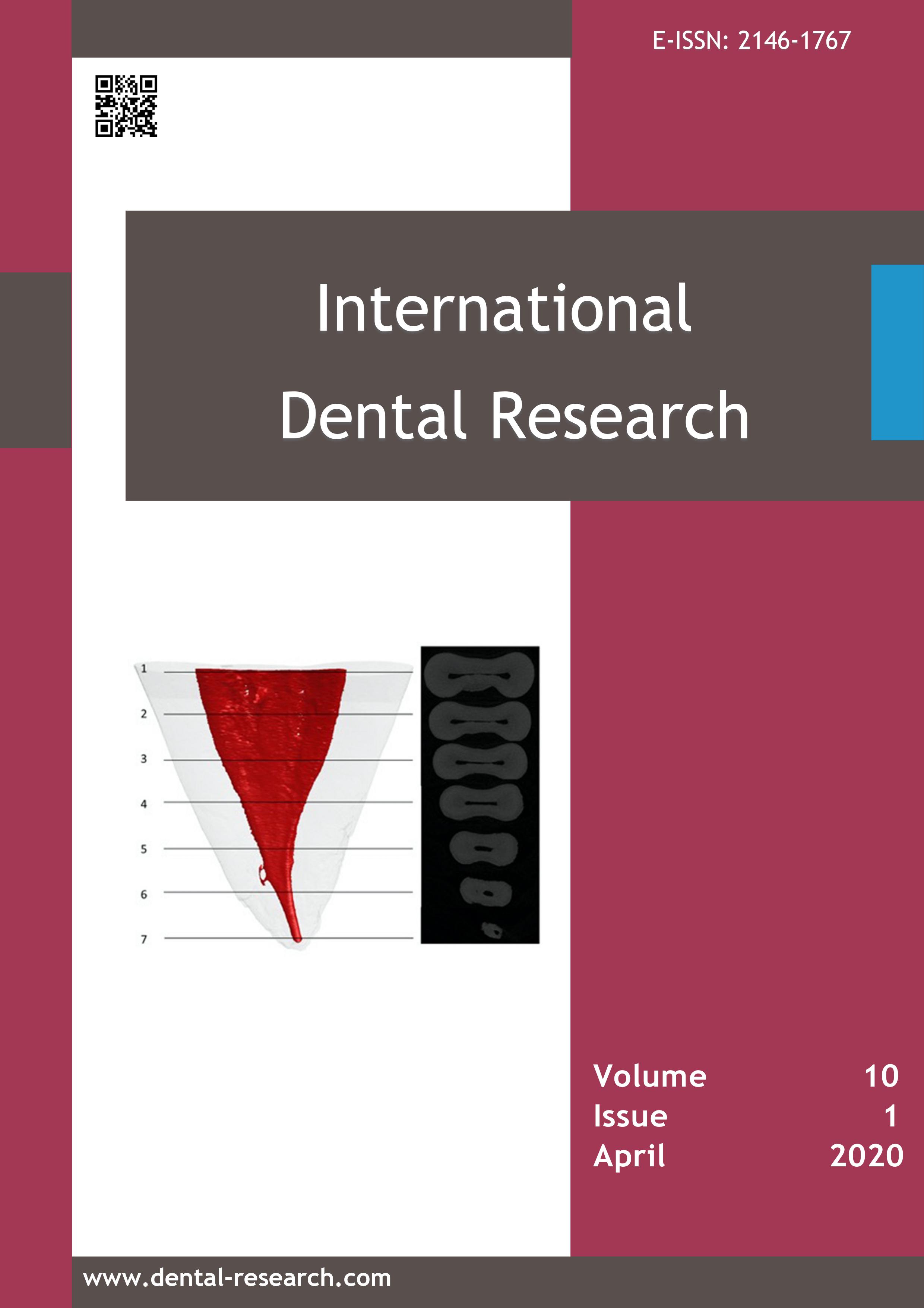