Aim: This study aimed to evaluate the in vitro effects on microleakage of LED and halogen light devices used in the polymerization of monomer structure composite resins of different viscosities and inorganic filling particle size applied to standard class V cavities in primary teeth.

Methodology: 80 non caries primary molar teeth with standard class v cavity on the buccal surfaces were used. The teeth were randomly divided into 4 main groups and restored with composite resins (Herculite® XRV, Ultra™, Filtek™ Silorane, Vertise™ Flow, Æliteflo™). Each group was divided into 2 sub-groups for polymerization with LED or halogen light devices. Following the thermal cycle and subsequent procedures, the dye penetration method was used to evaluate microleakage. The microleakage scores were evaluated using the Kruskal-Wallis and Mann-Whitney U-tests.

Conclusion: In the polymerizations made by using LED and halogen light devices, Herculite® XRV Ultra™, was found to be successful as it showed similar values to Filtek™ Silorane, which gave the best results in terms of microleakage. Moreover, as we have reached similar findings in our thesis study in respect of microleakage, in cases indicating the use of flow composite resin materials such as Æliteflo™, Vertise™ Flow can be used as it has the advantage of ease application and thus provide an ideal alternative in pediatric dentistry. 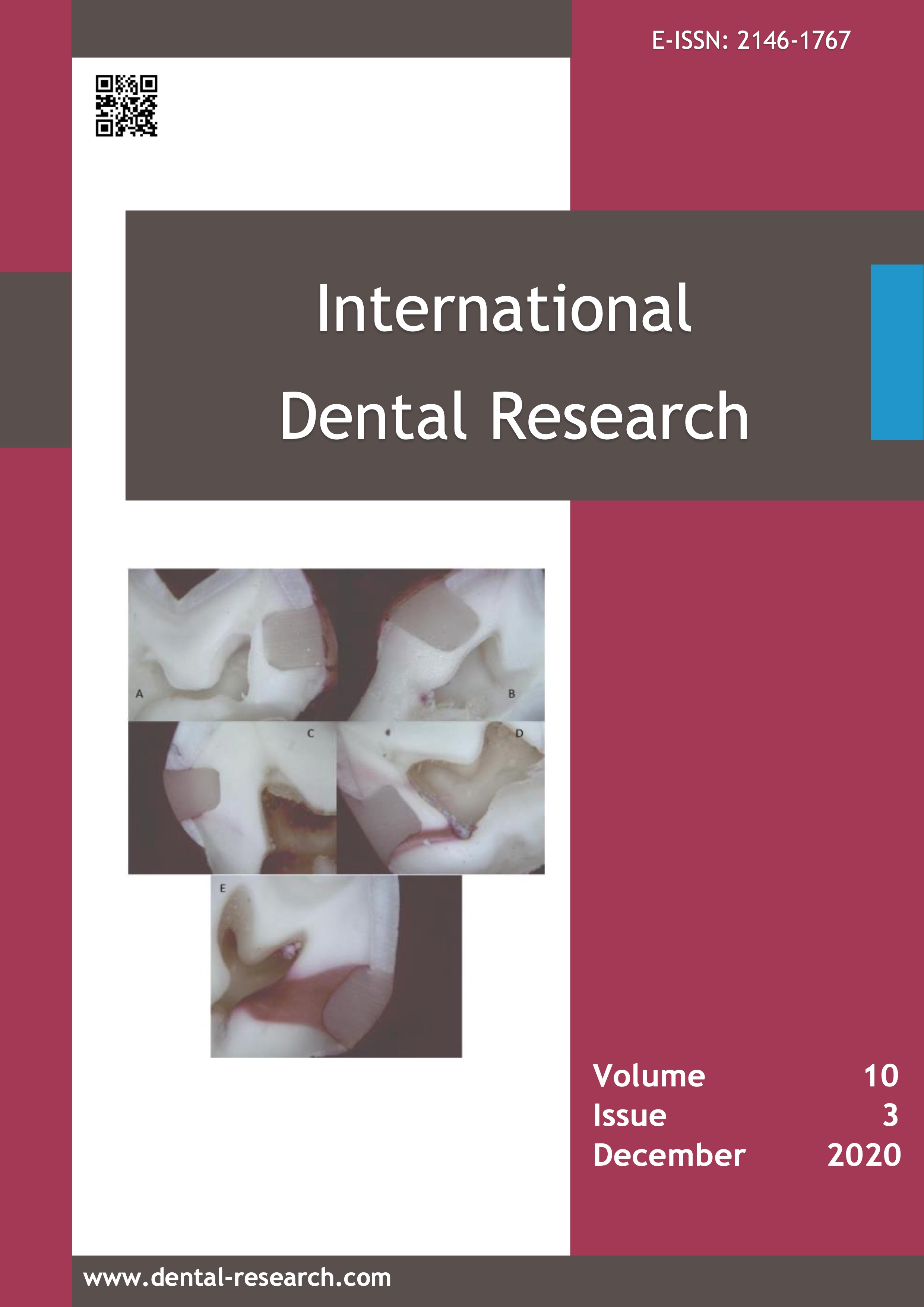